Zenelli® presents the Carbon Fiber Plate for Teleobjectives, the first of its kind. The lightest, longest of the standard and able to absorb vibrations directly from the Telephoto lens. Its ergonomics is unique, easy to grip, warm to the touch and is equipped with an anti-tilting plate, in case it is supported by the Telephoto lens. The Canon version is equipped with 4 oval holes to the lens attack, holes designed to be able to hook the old and the new lens models. Under the plate there are three 1 / 4-20 UNC threads for screwing to the single foot and two possibly removable safety screws. The distances of the holes are as follows:

Anti-tipping support plate: Every serious lens plate or lens foot you’ll find two safety stops, one in each end to insure that if you haven’t secured in probably in the lens mount of the tripod head it’ll staying within the safety stops and not tilt down and out of the mount and onto the ground leaving you and the lens as one smashed up pieces of expensive equipment. Until now the problem has been that each safety stop makes it impossible to put the lens on a table or on the ground without it rolling on to either side and potentially damaging the lens if you’re unlucky. The Zenelli® Anti-tipping support plate concurs that by adding a tiny clip on the mount side preventing it from ever toppling over yet still incorporating the ever so important safety stops. 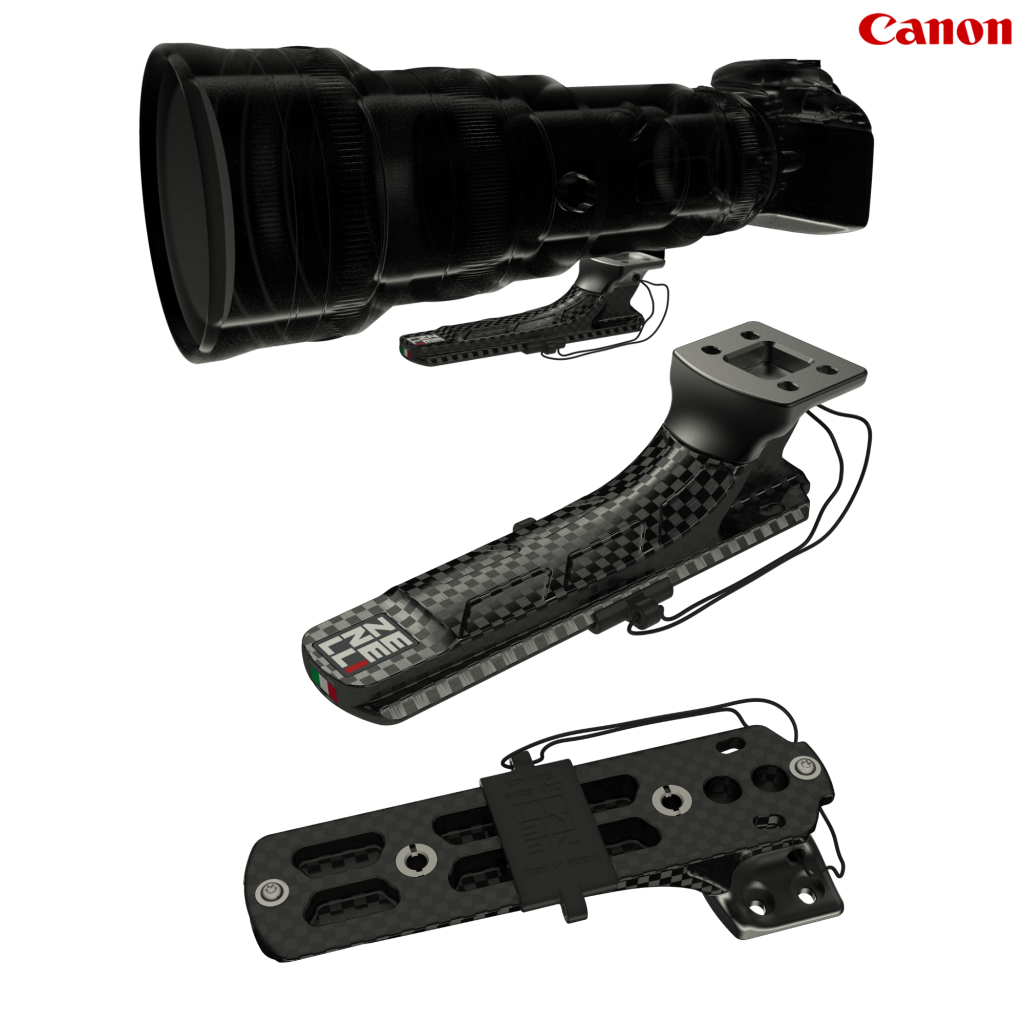 Select the State in which you are and where the product will be shipped.